Breach at the Wall – Rebuilding the Experience

Cold wind pierces the air and seizes your lungs; a mist forms from your breath and dread takes hold of you. White Walkers have breached the Wall.

Breach at the Wall is a PvE event that utilizes Resilient type creatures. These foes are a unique challenge- requiring you to acquire a specific March Item in order to attack them.

This event was first revealed back in September, but has since been reworked from the ground up based on community feedback. While the core themes and tech remain, we’ve rebalanced nearly every other aspect to create something even more fun and in line with the goals of the community.

So let’s jump right in and see what’s in store for the latest run of Breach at the Wall!

The Night’s Watch sends rangers into the Haunted Forest in search of a group of lost brothers, but none return… in their place march dreaded Wights.

The Breach at the Wall event is broken down into two parts.

These reanimated foes are typical PvE fare, but during this event they will drop an additional, and crucial, resource when defeated- Dragon glass.

As you earn points, you can also collect Dragon Glass from the progressive event rewards.

White Walkers pose a significant challenge as they are both Elite and Resilient creature types.

The core strategy of this event is to hunt Wights and gather up enough Dragon Glass to tackle the rarer (and much tougher!) White Walkers.

To put it another way, think of the Wights as ‘adds’ or enemy reinforcements, while White Walkers are the big bosses. You will defeat many Wights and fewer White Walkers. The event points and reward design reflect this. 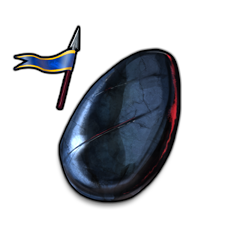 All Wights drop Coarse Dragonglass, but only Wights LV 20 and up have the chance to drop Refined Dragonglass. Hitting higher has its benefits!

As you hunt, note that attacking a LV 10 White Walker costs more Coarse Dragonglass than a LV 1. If given a choice between the two, it is more economical to save up and attack the higher-cost White Walker; you’ll get more treasure per Dragonglass spent this way.

Both Wights and White Walkers are Undead enemies, meaning you can benefit from “Vs Undead” stats in combat. These stats are commonly found on things like Gear or Heroes and can make the difference when trying to take down higher-level undead enemies.

It takes 5 successful hits to fully defeat a White Walker. If you can claim the final victory, you will see bonus rewards (including Oaths!)

Long-time residents of Westeros may remember the previous incarnation of this event. This version didn’t quite hit the mark, so our designers worked closely with the Community team to catalog and address the most commonly voiced feedback.

We thought it’d be interesting to give you folks a closer look into what that kind of dialogue actually looks like in practice. Below you can check out the top feedback we received, how it was addressed in the rework and some additional context behind the design intention of each choice.

Designer note: Breach at the Wall was originally designed as a simple introduction to new tech: Resilient creatures and March Item mechanics. We hoped to use it in more complex ways in the future. Players correctly pointed out that we went a little too simplistic: farming Dragonglass from Wights would be more fun, and just make more sense.

Designer Note: Wights were added to the event further along in development as another way to earn points in-between collecting event shipments. Ultimately however, this integration didn’t make Wights feel important or satisfying. Changing the flow adds value to them while refocusing the event on what really matters — killing White Walkers.

Designer note: Originally, the choice to make White Walkers Elite and keep the number of hits low was a narrative consideration (killing a White Walker should feel like a rare accomplishment) as well as a quality of life consideration (a bigger creature that’s harder to hit = less marches players have to send, and 5x hits to kill = 5x less time hunting new creatures down). But even though all hits cost the same and paid out the same treasure, players who gave feedback only phrased their experience in terms of full kills/defeats. We could see that they wanted the satisfaction of wiping the White Walker off the map! So we leaned into that feeling. With the boost to last-hit rewards, killing a White Walker gives extra treasure as well as extra satisfaction. Players still won’t be cutting down huge phalanxes of Walkers, but they’ll get to kill considerably more of them in exchange for the time they invest.

Designer Note: We had two choices for an event that targeted two creatures: either have the Creature Finder point to both creatures indistinguishably or choose one of the two monsters to highlight. We chose to highlight the one with the more desirable rewards (White Walkers) and we chose poorly. Splitting out the events avoids having to make that choice for players.

Designer note: Another trade-off for simplicity’s sake that ultimately hurt the experience. We’ve introduced Oaths as a final hit bonus.

Designer Note: One of the reasons the map was so crowded during the run was because it was a first look/preview. When we run previews, these are usually on top of the existing schedule so that kingdoms involved do not miss out on other content, or feel it is necessary to participate if they’d rather wait until the global release. We can’t promise we’ll never run two overlapping PVE events again, however, it won’t be nearly as crowded when we schedule the event into the main calendar. We also take this feedback into account as we plan future calendars.

Let us know what you think!

We love hearing from our community! If we miss the mark, let us hear it so we can work together to create a more positive and engaging event for all players.

Select kingdoms will get a chance to try this event out starting in February. Once you get a chance to play around, join us over on Discord in the #events channel to share your thoughts.

Thanks for playing Game of Thrones: Conquest, and good luck fighting back these icy invaders from the North!